Imagine you are cycling on a road. It is paved and intended for motorists. On either side of the road, there are acacia trees surrounded by scrub extending for kilometres to the horizon. The vehicles moving in either direction are sporadic. Buses and trucks are the common motorized movers of people and goods. The balance of trafficconsists of humans, often children, and animals.
As you roll along, the inevitable questions come: Where are you go? What is your name? Are you fine? I am fine. My name is Cam. Yes.
The first question is grammatically incorrect, so the pedantic amongst us can instruct the asker to add an "-ing" to the verb to make the present progressive. The second inquiry begs the question why someone who will see you once, for a fleeting moment, would want to know your name. The last question presumes that people are generally fine. 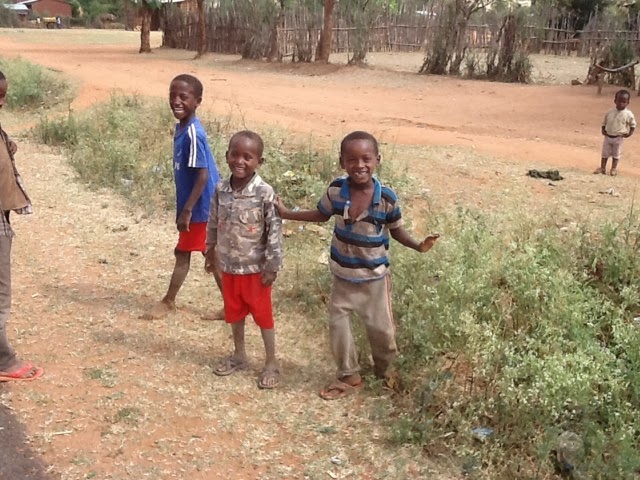 We want to engage and so the pat response is one of openness. A smile is usually returned as one can see above. They are curious. We are objects of curiosity. As foreigners, we are conspicuous and so we are labelled. Sometimes, the mentality of the locals is one of demanding material: money, a gift, a pen, a book, anything. 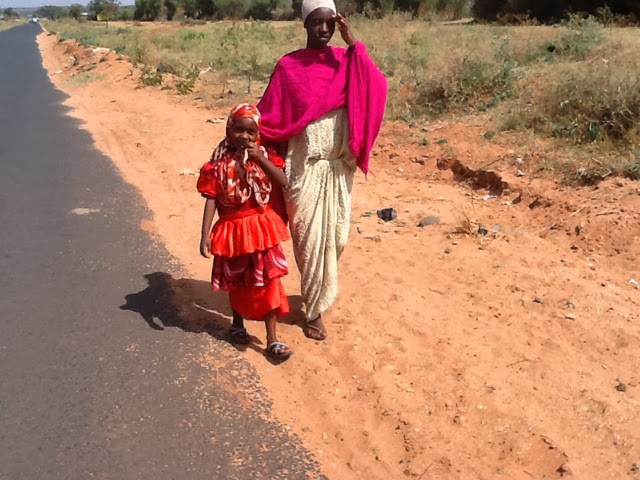 To give a local any object in response to a command does not help. It encourages the misguided sense of entitlement that has been engendered by years of "ferengi" aid. This issue of the merits of "aid" is worthwhile. With respect to the reality of Ethiopian aid, I learned a lot during a conversation with a bright Peace Corps volunteer working in Yirge Chefe, a town famous for its delicious coffee.
The young American woman I met told me of her commitment to the local mandate of family planning, safe sex instruction and health care. She has developed a stance of realism rather than outright cynicism. The latter attitude, in my view, encourages a sheltered, insular view whereas realism suggests that "progress" can be made in the battle to educate. My friend referred me to a book entitled Debt Aid. I intend to read it.
Those of us who grow weary of the inane commentary from the locals and some of the hostile behavious choose to ignore it. Others react in anger. Profanity flows both ways. It is regrettable but all to human. The F word can be heard throughout this beautiful and sad land. The old man below had been verbally abusive to our group and a few of his countrymen, Fitsum, Moule and Ephram, had to remove him from our camp. 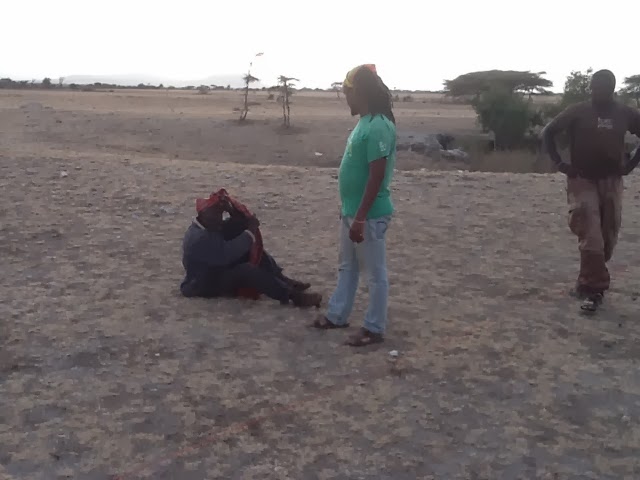