Our convoy through Nairobi reminds us of the merits of cycling, rather than driving, in urban gridlock. The youth group and health care groups who received fifty-seven bikes today recognize the value of two-wheeled transport. After the presentation of the TDA foundation's gift was made, the assembled recipients performed a skit for those of us in the audience here at Indaba camp. 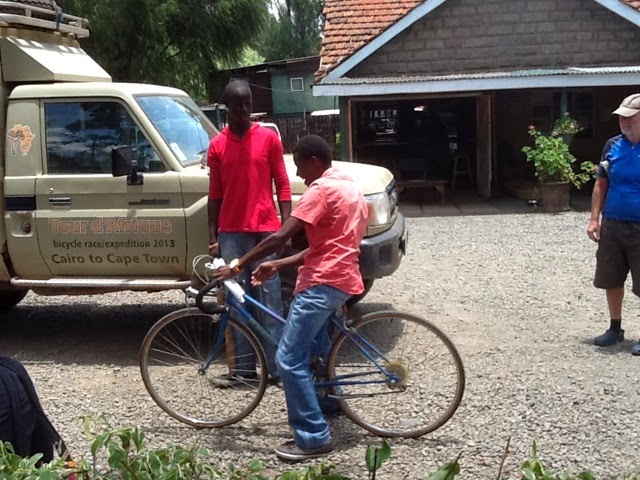 The young man on the bike illustrated how a chronically late student's life is transformed by the gift of wheels. His mother, played by another youth, explained that she could not afford to buy him a bicycle. With the refurbished bike, he now attended class on time with pride in his new possession and passion for his studies. Others extolled the pragmatic use of bikes in commerce. 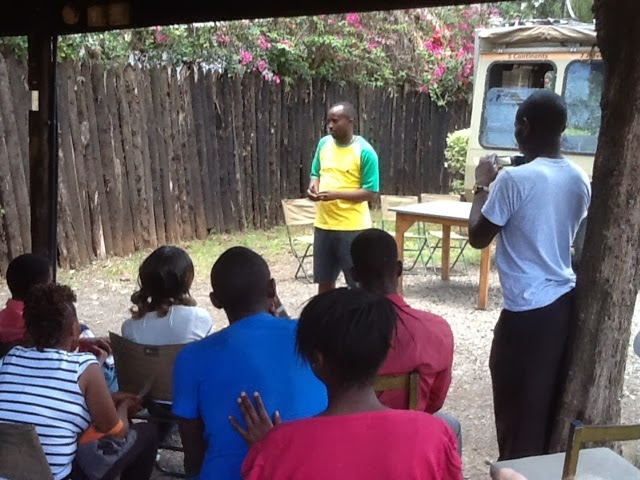 Randy gave the history of the TDA foundation and the purpose thereof. He is an eloquent advocate for the low-cost, healthy, environmentally sensible means of getting from A to B. Although cars tend to dominate the roads in Africa, the biking culture is growing apace. 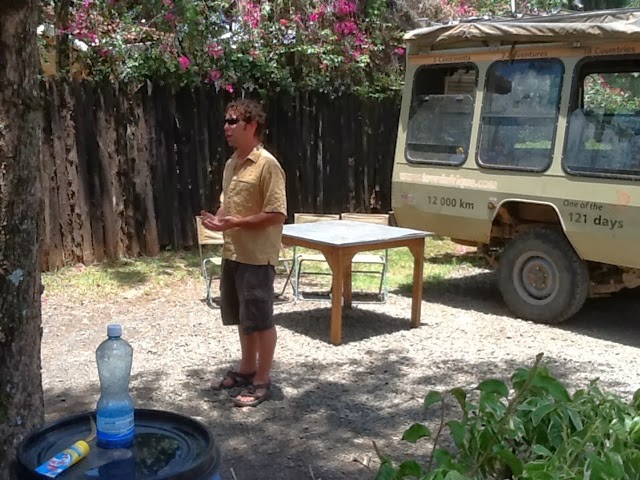 As with each donation of bikes in Africa, those riders who have raised money from kith and kin make a symbolic gesture of giving a bike to one of the beneficiaries. Here, Catharine gives one to a young Kenyan. 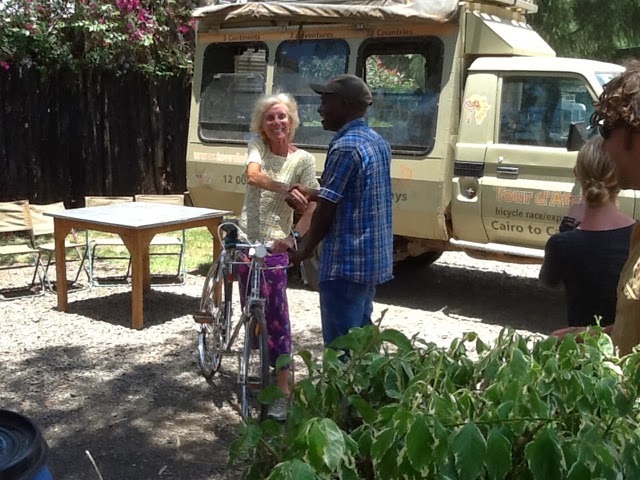