There are many remarkable people who we encounter on this epic. Each of the three countries we have cycled in has included a local rider. Sadig accompanied us from Khartoum to the Ethiopian border. Addis joined us on both sides of Addis Ababa. And here in Kenya, a young man named Dedan picked us up at the Rangeland site in Isiolo.
Dedan is exceptional. He lost a leg as a young street child and learned how to cycle through sheer determination. He became a cycle courier after mastering biking with one leg. As we climbed from Rangeland to Nanyuki, I pursued him up the hills and I was no match for his strength. He was offered a prosthetic limb but declined it. He has qualified to represent Kenya in the Paralympics but has not had the financial support to compete in those games. He is an inspiration to us all. 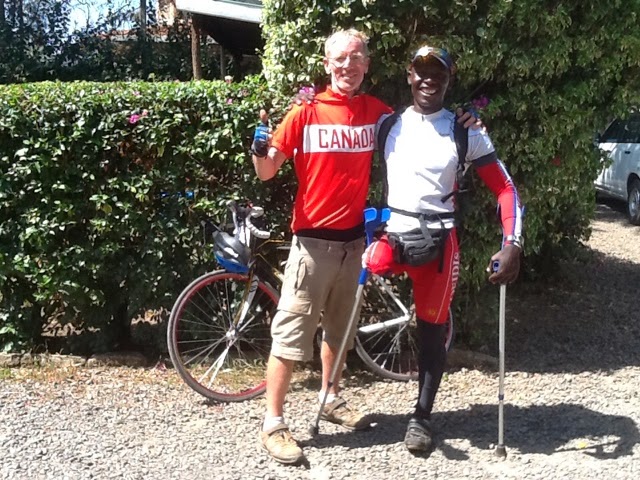 This is an individual who grew up on the streets of Nairobi and somehow managed to acquire the skills to support himself, his wife and his three children. He proudly showed me images of his daughter and his town sons. At the risk of being maudlin, it brought tears to my eyes to learn of his experience. For those of us who are blessed with able bodies, it is truly humbling to see folks who make the most of what they have and do not whinge about life's indignities. 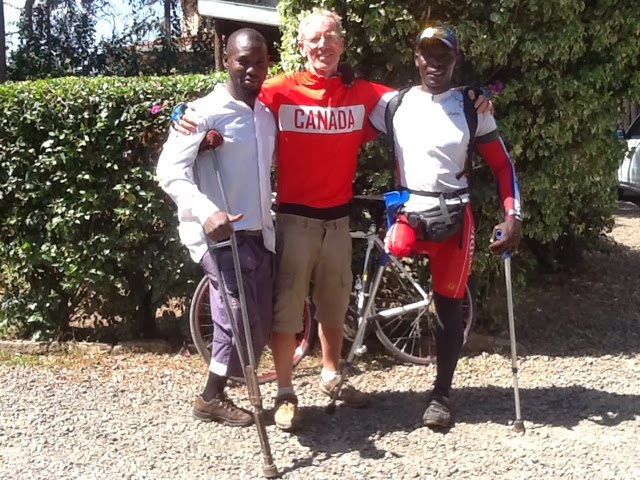