Cycle tours rely on knowledgeable bikers or they hire a mechanic. In the case of the TDA, we have an ace repairman in Alex Percival, an accomplished cyclist with heaps of experience in the bicycle world. Whenever a participant's bike breaks down or fails in any way, Alex is equal to the task of mending the wounded machine and putting the cyclist back on track. He is patient, thorough and competent. He is also a beast on his own bike which he rides when the spirit moves him. 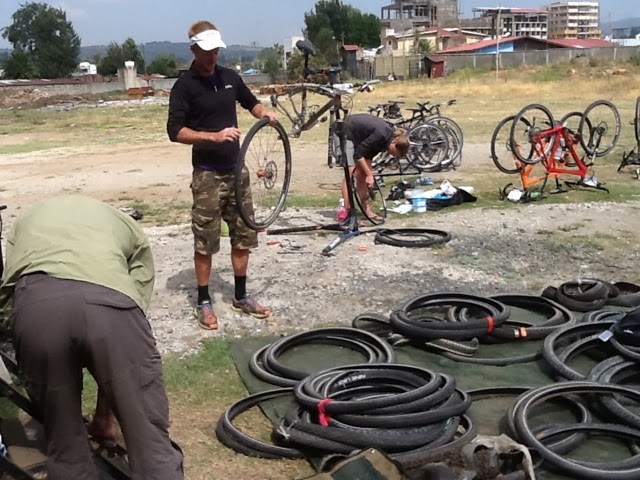 His brother Doug was the mechanic last year. To add to the sibling rivalry, Doug set a standard for the climb out of the Blue Nile gorge in 2013. This year, Alex bested his brother for family bragging rights. When Alex decides to compete in a stage, he generally wins it. 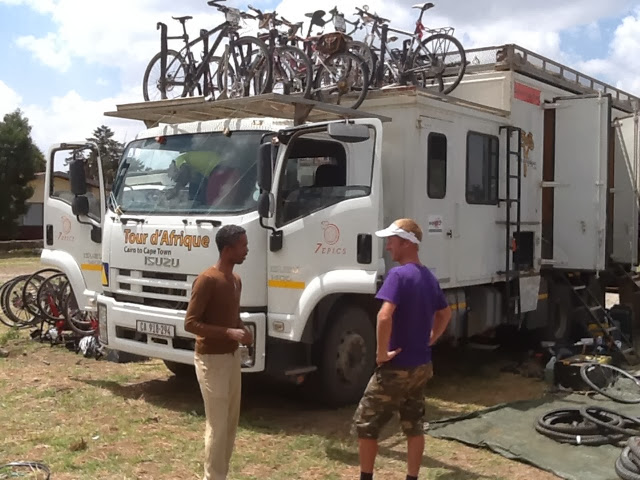 He also "sweeps" whenever necessary. As the phrase suggest, the sweep collects the stragglers at the back of the pack and either accompanies them into lunch or camp or gets them to a vehicle for the remaining leg of the day's ride.
Posted by Unknown at 4:36 AM