This novel activity was the brainchild of Randy Pielsticker, guide extraordinaire, who lives on the edge of Ontario's iconic camping playground. Randy has worked off and on for Algonquin Outfitters (AO), a leading trip organizer in the region. The invitation to join this expedition was sent to TDA alumni and staff; Micah Markson and I gratefully accepted. 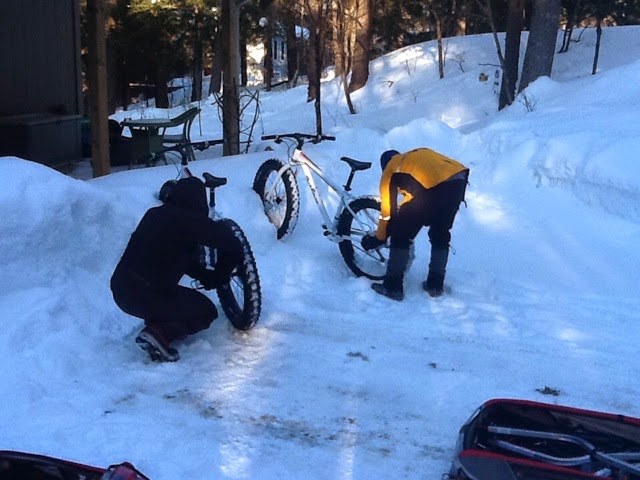 The fat bikes were tuned for snow and transported from nearby Huntsville to the Pielsticker party palace (PPP) where we harnessed chariot trailers to them to carry our food and gear into the camp at the east end of the park where Nordic tracks are set and the trails are groomed. 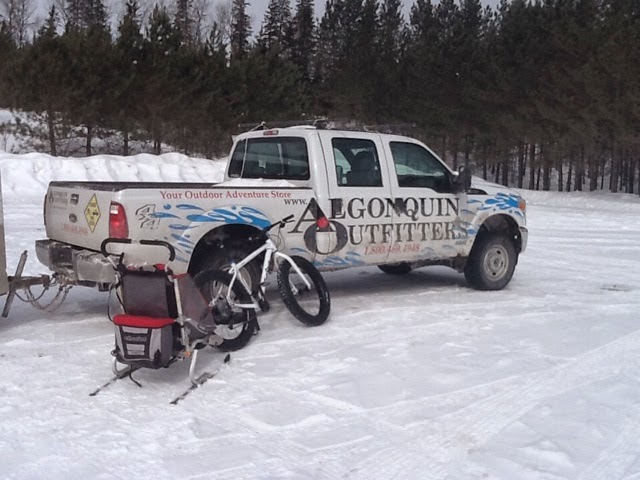 Obese tires are designed for challenging terrain. My first encounter with such fatties was in Africa where Dag, our Norwegian comrade, sported these babies. 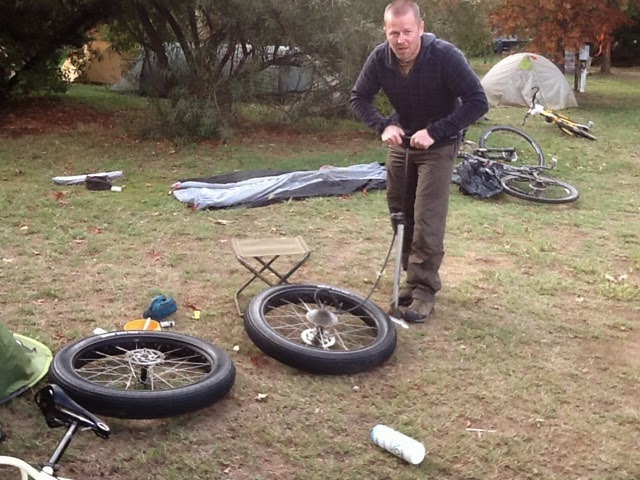 On snow, provided it is piste or relatively packed, these tires roll smoothly. And we did some trial loops with weight. 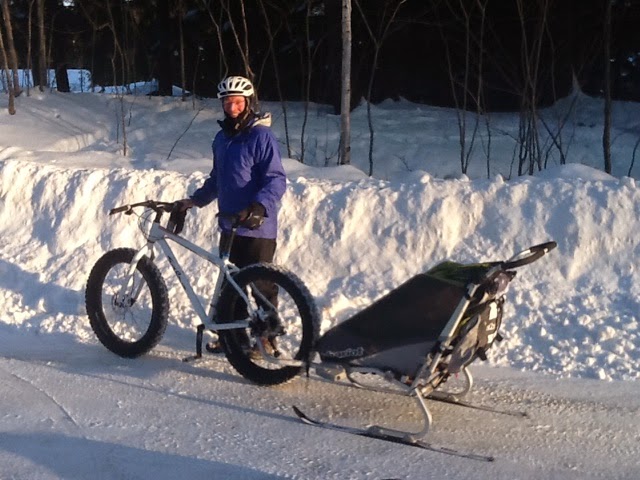 Blessed with favourable weather, we covered 41 kms. along the trails in the park. On the recommendation of a helpful park officer, Kirk, we navigated the David Thompson trail for the first time on this mode of bike. What follows are some of the scenes. Both Randy and Micah will post more compelling images. Suffice to say it was awesome. 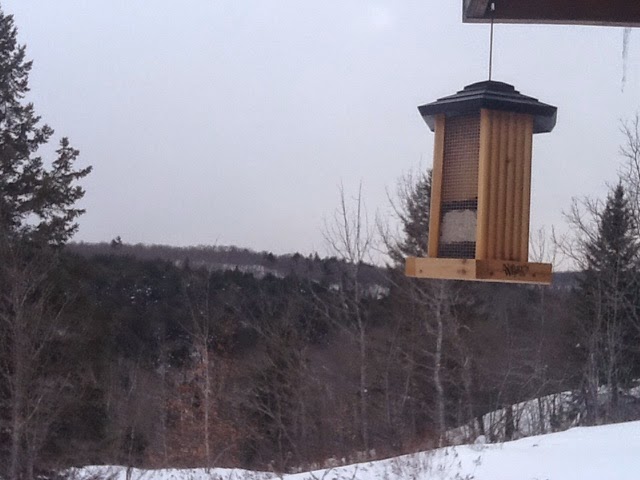 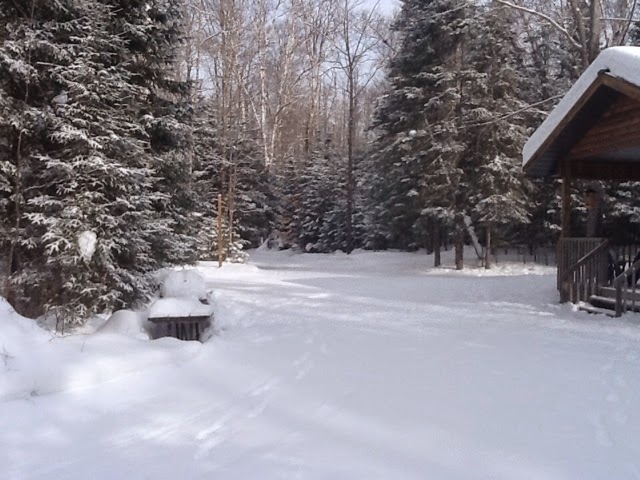 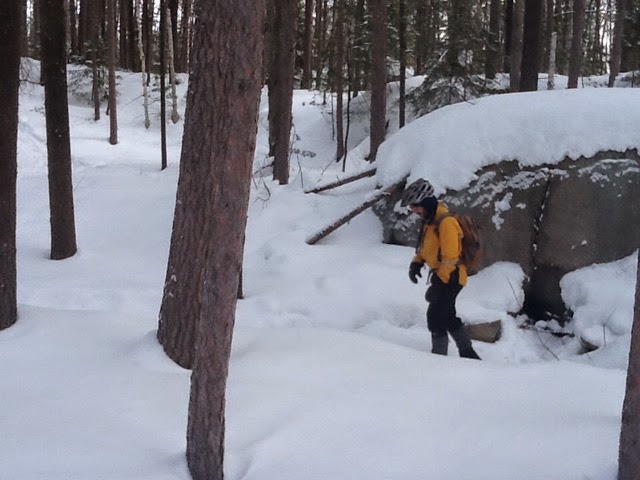 Ever the scout, Randy inspects a campsite. 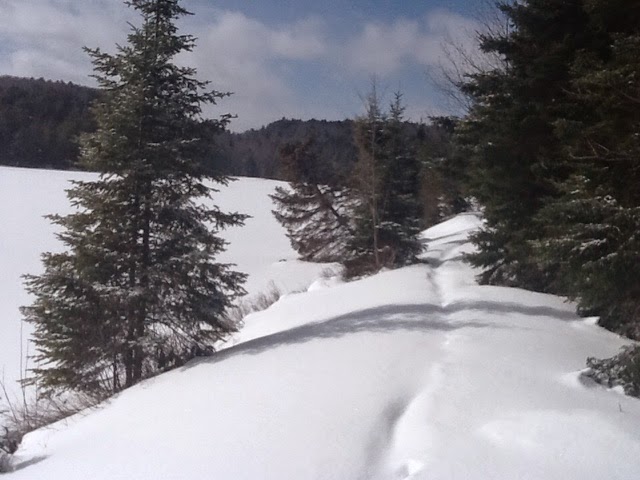 An old railway bed off the Thompson loop. 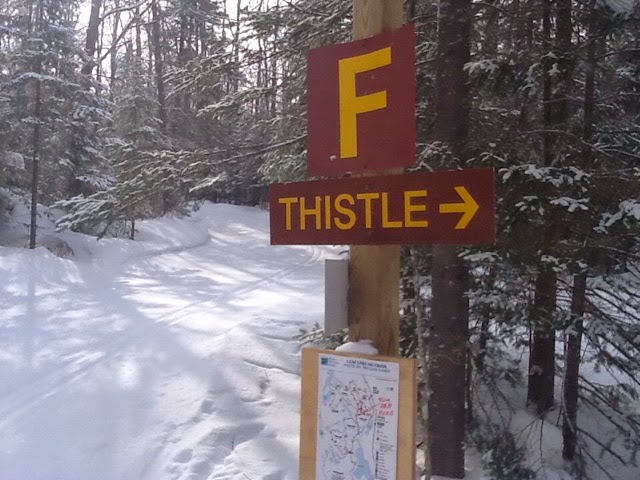 Follow the signs and, when needed, have a cup of tea in a shelter. 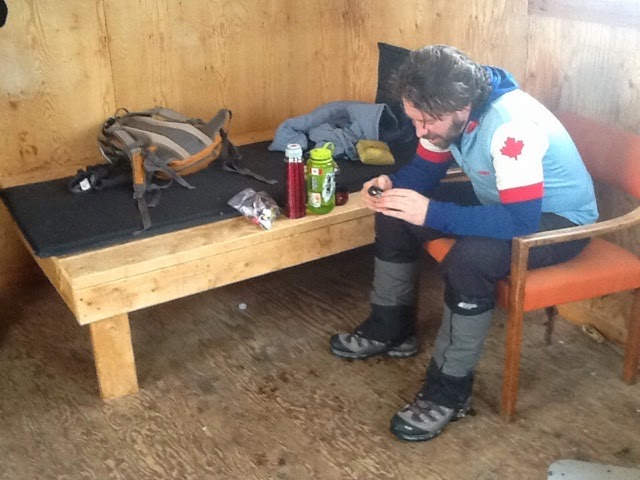 Thanks Randy.
Posted by Unknown at 5:04 AM No comments: