We bid farewell to the court jester tomorrow. His departure merits mention as we will be bereft of his daily comic relief. Mateo is a jack of all trades and, as he will hasten to add, a master of none. I reckon he has mastered the art of being human. Camera-shy, he refused to be in the group shot as we left Khartoum. Here he is applauding the Tanzanian children who he serenaded. 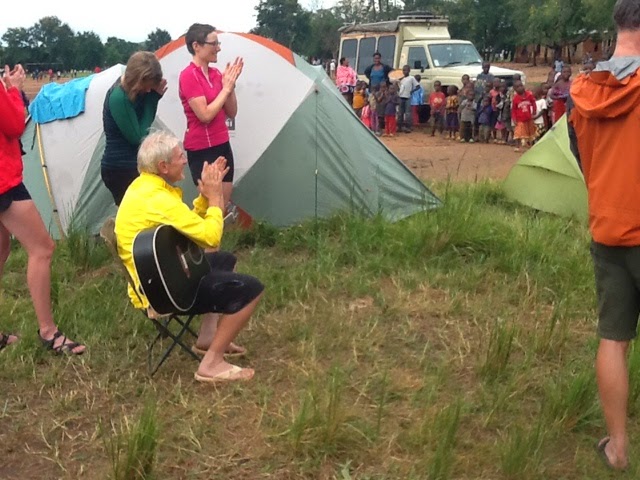 Soon after we headed north from Khartoum into nasty headwinds, he and another cyclist bumped into each other in a mini-peloton. Henceforth, he referred to himself as Crash. He later contracted some heinous parasite that would have tested the humour and patience of lesser mortals. Though he was on meds and presumably feeling like death, he has always been quick with a one-liner.
In camp, Mateo would jam with our cook Yanez and anyone who can carry a tune. He even convinced me that I am not tone-deaf (which I am). His skill as a cartoonist is exceptional. His compiled works will be a hot item for everyone on tour. As he jets back to San Francisco, we all wish him a safe and humourous journey. Thanks for the ride and our daily laughs. 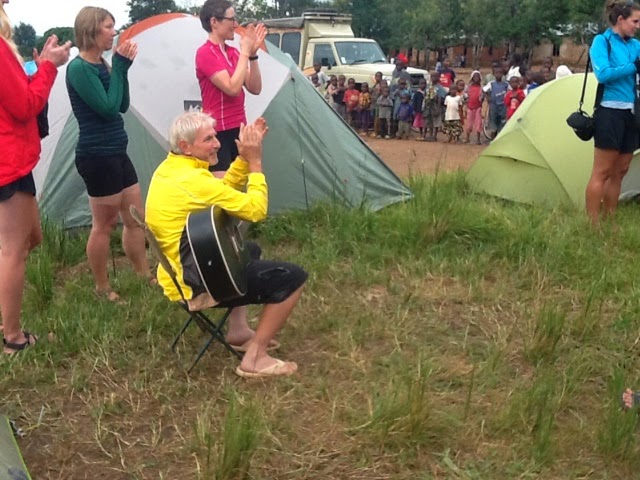