The risk management at the TDA discovered that a stretch of road in central Kenya has been prone to robberies of tourists. Consequently, Randy decided to transit the group. He notified us in advance so that we could prepare for the day on the bus which arrived from Marsabit early this morning. It resembled the classic magic bus of yesteryear. 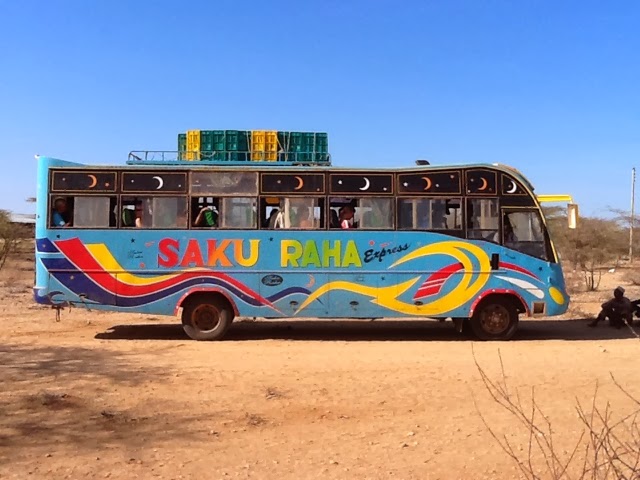 It was a relief to be spared another stint of washboard bumps on dirt track. After half an hour, the rocky surface gave way to tarmac and we cruised through Archer's Post, a market stop, where folks rehydrated and indulged in chips (French fries).
As we left camp, we distributed our leftover food to some locals. They were very appreciative and the sight of fruit was a treat for them. The diet in remote parts can be limited to the corn meal and fresh slaughter. In the bin, we had plenty of bananas. Chapatis and bread rounded out the offerings. 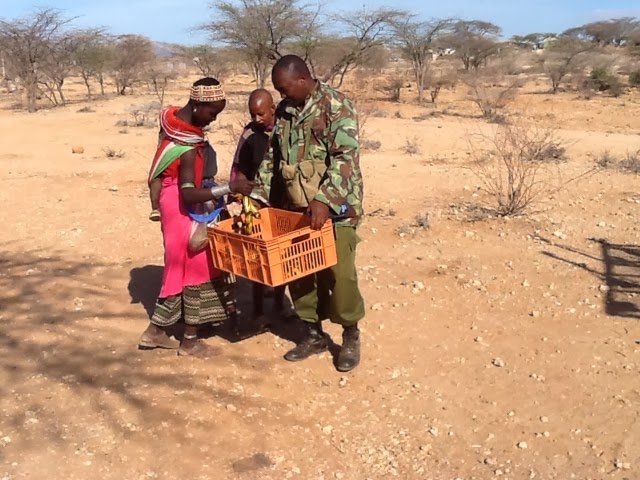 The look on their faces tell a story. Each person draws inferences from these expressions. Suffice to say that we take healthy food and potable water as given. For many here, the essentials are not assumed as a daily right. Perhaps this is why some request food rather than money or another form of gift. 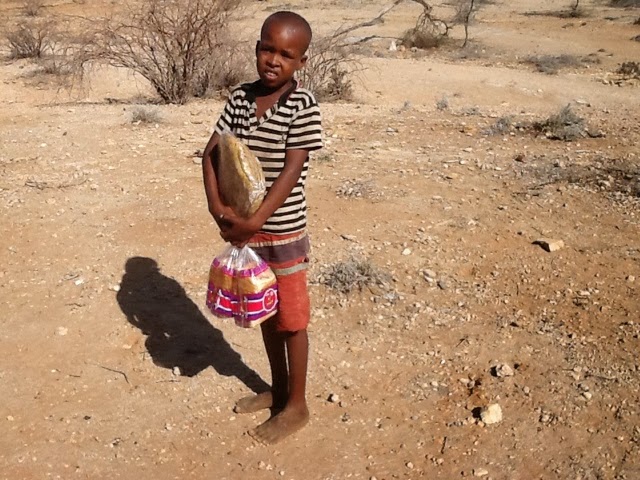