You may appreciate that this part of Africa is hot and humid. In order to slake one's thirst, a cold beverage is needed. Some riders sensibly rely on water. Others support the bottom line of Coca-Cola which is ubiquitous. Indeed, the oases where TDA participants refuel are referred to as coke stops, whether or not Pepsi is the bottling corporation. My drink of choice is beer. 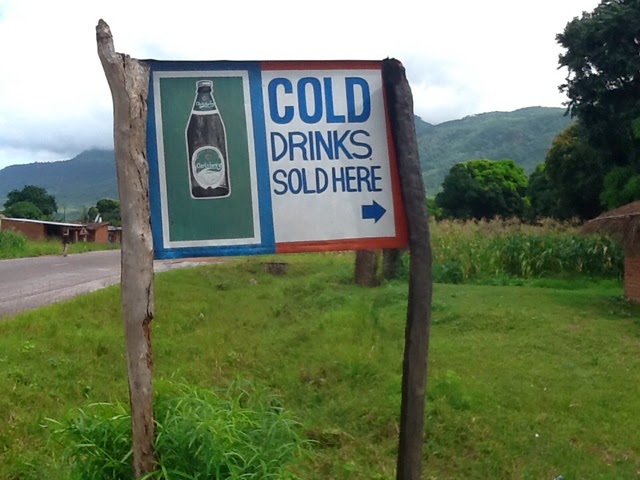 A friend on tour informed me that some Germans refer to beer as liquid bread. Ever since that revelation, I have justified my suds consumption by referring to the time-honoured tradition of monks brewing their own lager during fast periods. When I saw this sign, I had to have a cold one.
Outside the establishment, a young man on a bicycle was doing business on his mobile. 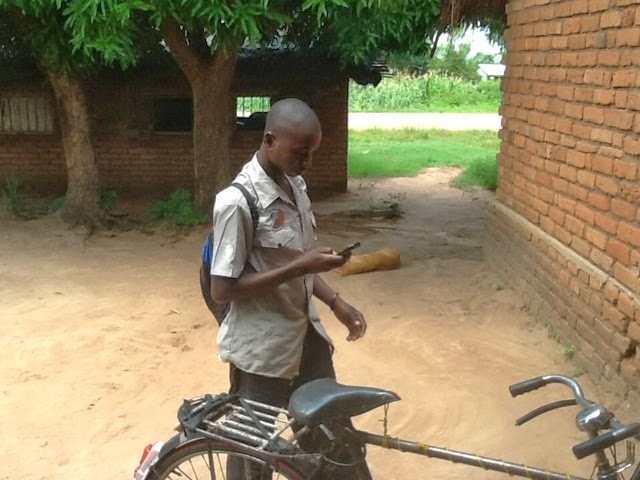 Beyond the roadhouse, a cowherd minded his livestock. 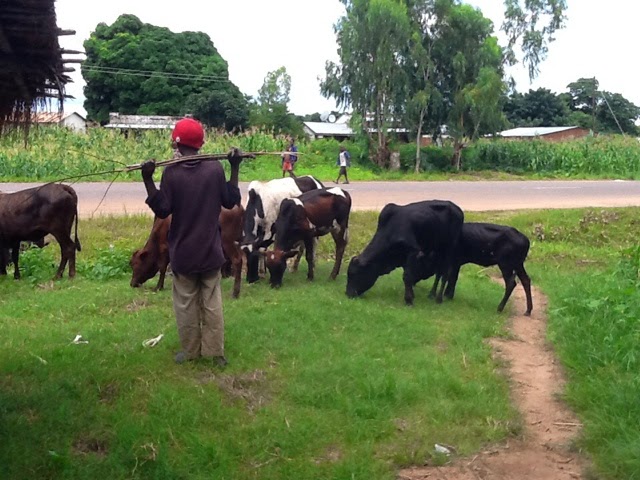 I inquired about local food at the counter of the bottle shop. The woman at the counter said she could prepare a meal for me. This appealed so I waited and anticipated a fine lunch. Indeed, that was what I received in the living room adjacent to the shop. Rice, greens, and an omelet constituted the home cooking. When I pulled out Kwacha, the Malawi currency, to pay, my host said "No. You are my friend now. I cannot charge you." Despite my best efforts, the family would not take money for this kindness.
Statistically, Malawi is one of the poorest countries in Africa. The GDP per capita is the lowest among the nine countries on the TDA route. Curiously, the majority of citizens greet us with a smile. Their gross national happiness appears to be high. Again, there is not a necessary correlation between material wealth and quality of life. 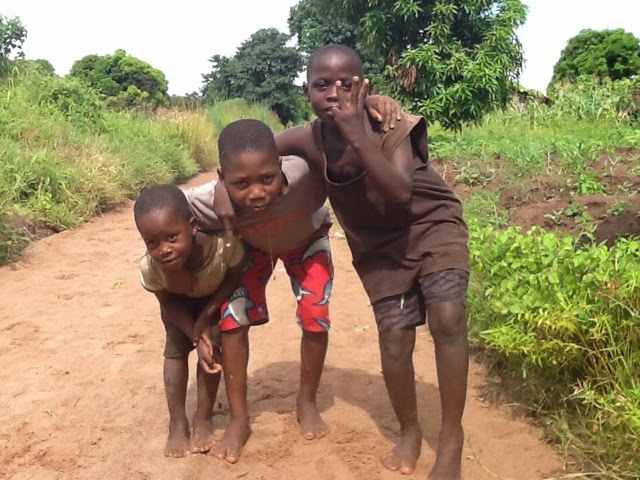