Diplomatic Enclaves and My Homeys

Lilongwe is Malawi's capital city. An enterprising colleague of mine found lodging in the embassy row of this sprawling community. For the first time in several nights, I managed to sleep through until daybreak. The Burley Guest House is sequestered in a sleepy, remote, leafy suburb. The street on which it is located has no name, let alone address numbers. When we caught a cab back to this swanky venue, the cab driver was at a loss to find it. Several Kwacha later, the joint was found through a series of phone calls.
This Sunday morning I decided to walk into town, an activity which is extremely rare in Area 43, the ex-patriot gated zone of Lilongwe. Equipped with an umbrella to shield my sensitive skin from the sun, I sauntered into the city centre. What follows is a montage of what unfolded. 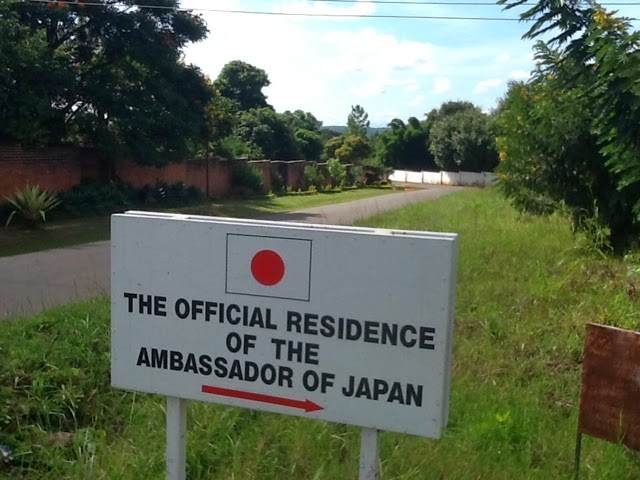 One after the other, massive estates girded by brick walls topped with barb-wired appeared. I imagined the lifestyle of the Norwegian ambassador behind this gate. 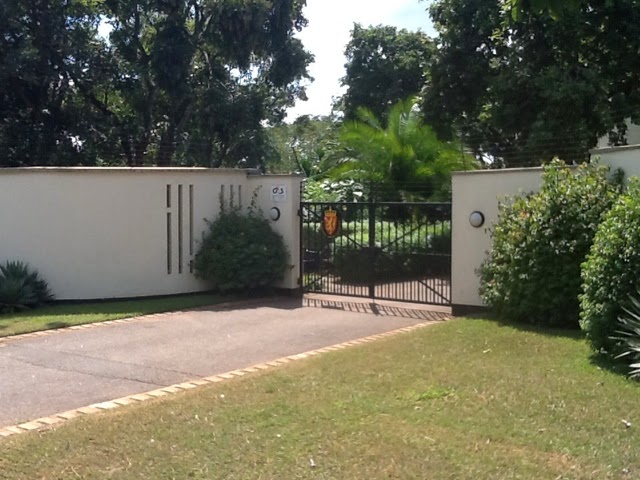 Then the bamboo groves and corn reminded me of the fecundity of the soil. 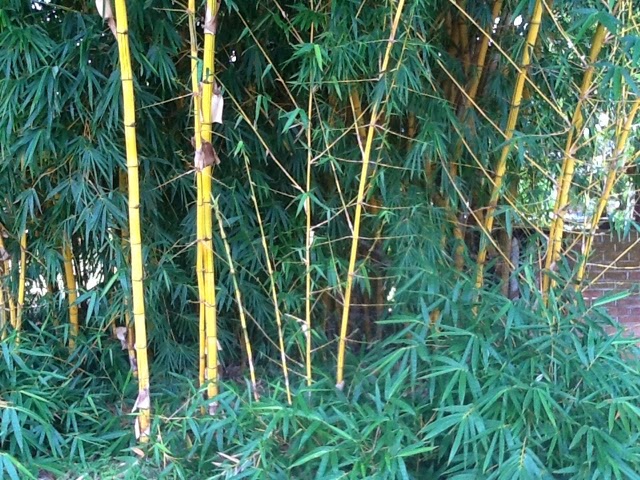 Closer to town, the new convention centre, built by the good people of the People's Republic of China, stood out. It is an impressive structure, to be sure. There is enough parking for an army. 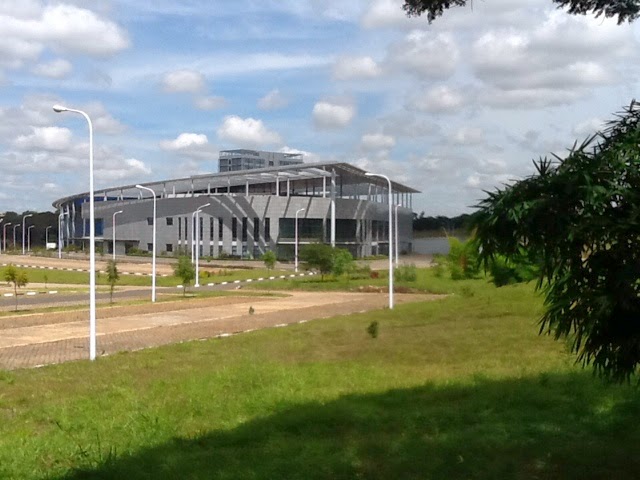 Once I arrived in the hub of the city, some home boys accosted me. Hey, I was the only white guy in the hood. They engaged me, tried to sell me some hub caps and I insisted that I was not a customer. After explaining what the Tour D' Afrique is, I offered to take their picture and send it on to them. Here they are. 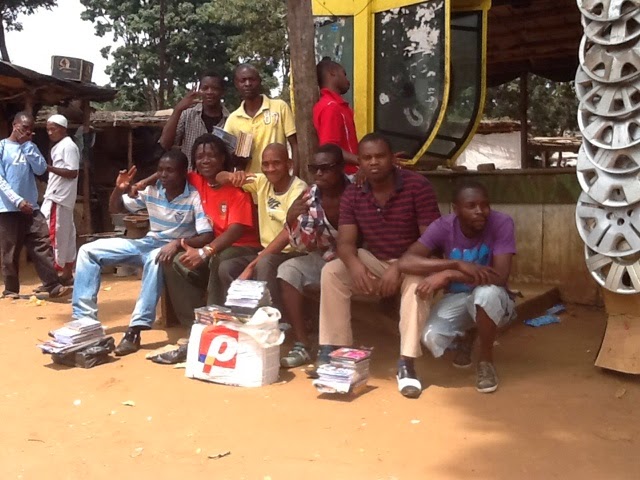