It seems as though the distribution of the population in Africa is skewed toward the young. The scourge of HIV/AIDS in sub-Saharan Africa has claimed many parents and consequently there are many orphans. Wherever one travels, the youth are represented. Often one sees young people in uniform on their way to schools in the morning. And it is also common to see adolescence lolly gagging by the roadside by midday or early afternoon with apparently nothing to do. Many youth who do not attend school are working as pastoralists, assisting with the family's livelihood.
On the Sunday afternoon, I happened upon a few kids who were returning from a ceremony. You can see the vigour and vitality of their personality in what follows. One boy clearly enjoys entertaining. He inspired his quieter friend to get into the picture. 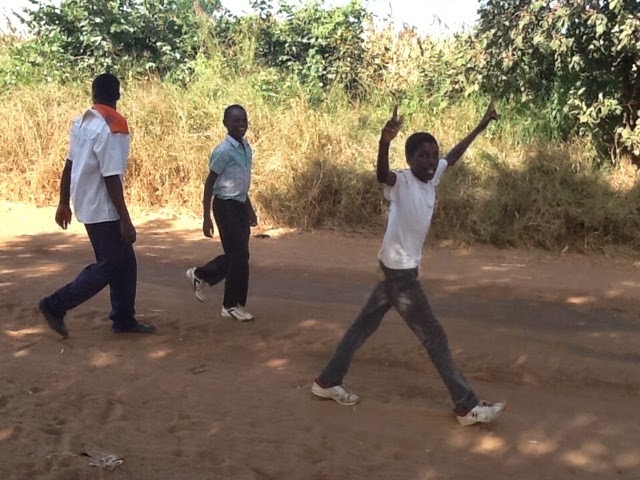 Here they are posing for the camera. 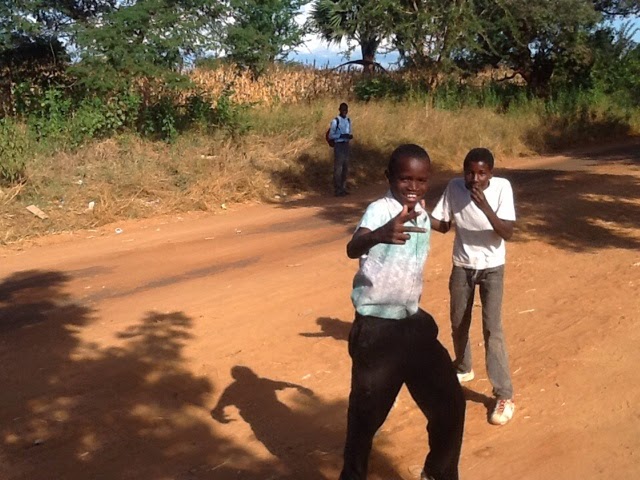 And perhaps showing off for the girls. 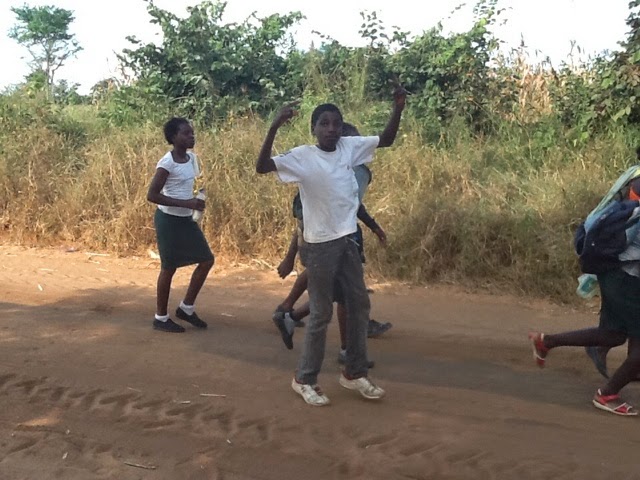 Speaking of the girls, the ensemble of students who performed a skit and an anthem for education at today's bike donation ceremony were impressive. They had rehearsed a noble speech about the value of studying for Zambia's future. They were passionate and confident. Let us hope that they carry forward in that spirit. 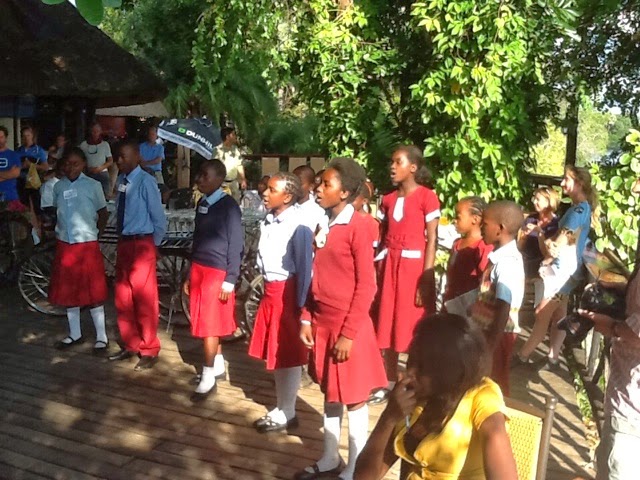