A local woman took me to her children's school yesterday. She is bright, conscientious and diligent. Her own education was cut short for want of a sponsor. After grade 9, she entered the workforce. While we walked to the school, she stressed the importance of education and her hopes for her three kids. She does not want her two sons and daughter to be limited to a life of poverty and hardship.
As we neared the school on our dirt track, a procession of elephants came along. Each pachyderm had a passenger or two. These are working elephants, presumably trained by their owners to serve the throng of tourists. One cannot help but appreciate the grace of these enormous creatures as they amble on the designated path. 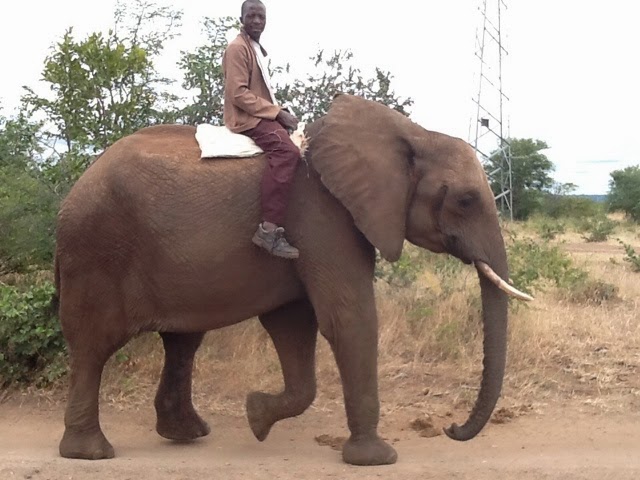 Knowing next to nothing about the beasts, I listen to the lore and the mythology. Rumour has it that the bulls can be rather stroppy and aggressive. The ones I have encountered appear to be well-trained. 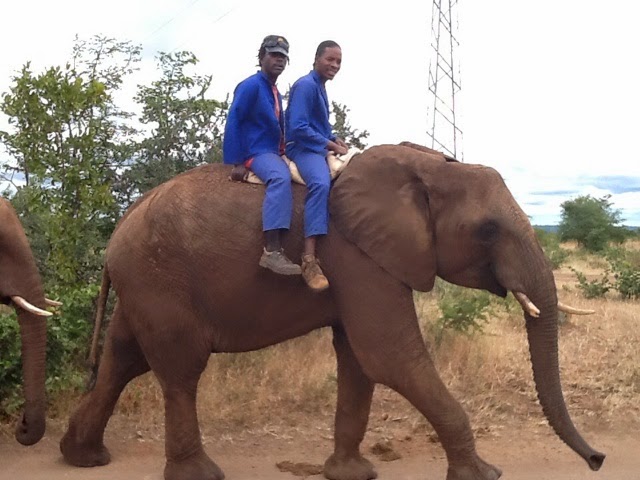 Their numbers may be threatened by habitat loss or poaching. My hope is that the people and governments of African and Asian nations protect them in perpetuity. Whether in captivity or in the wild, they are beautiful creatures. 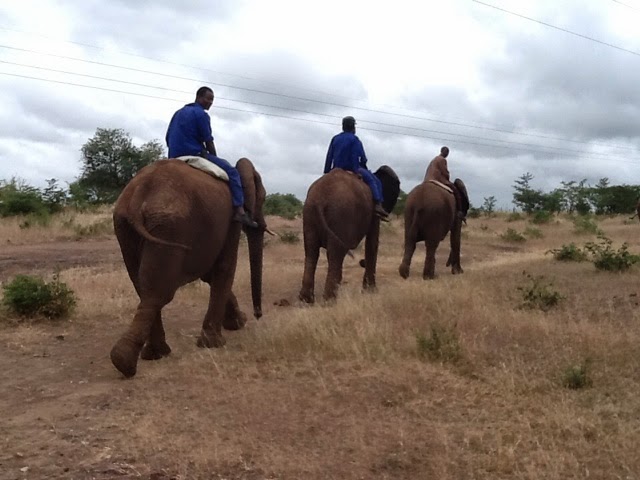 An aside: two cycling mates and I foolishly cycled home to our lodge in the dark last night after a feast of Indian food in town. We had some moonlight and a few reflecting torches on our bikes. A local cab driver rocked up beside us and cautioned us about running into elephants on the path. We did not encounter any elephants but my guess is that the animals would have been nonchalant about our presence.
Posted by Unknown at 3:53 AM