Upon arrival at the Oasis Family Farm, our first camp after convoying out of Lusaka, I went in search of a cold beverage as is my custom. It was a Sunday and the closest village kiosk was locked up. Undaunted, I asked a group of local men if the owner might by available. The posse of gentlemen were keen to engage and within minutes, the proprietess came with a key to open her shop. 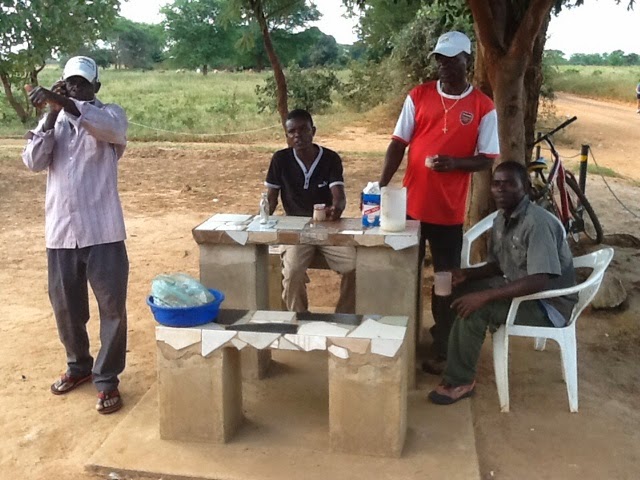 The Zambians tend to be curious about the "muzungu" cyclists so I was asked a flurry of questions by a fellow who was, yes, in his cups. He held forth abut his own misfortunes and yet he was genuinely interested in ur group. Here he is on a roll. He has potential as a preacher. 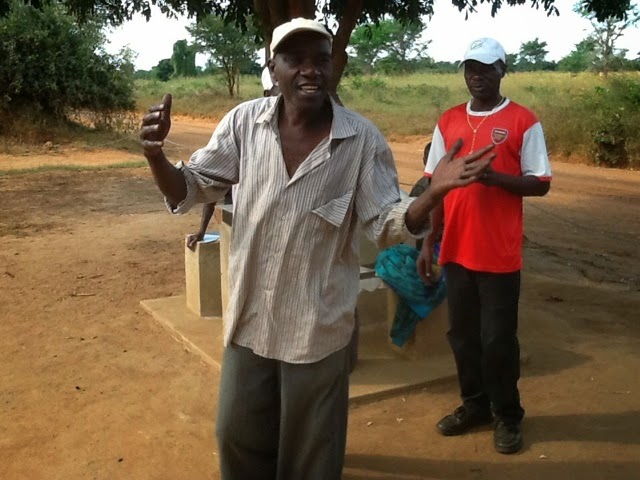 Google maps has a nifty overview of the continent and one can zoom in on the locality where one is travelling. This little geography exercise usually draws some onlookers as it did this day. I passed them the IPad and they had some fun taking pictures of one another. The order of the day was more drinking which, in their case, means a liquid in plastic cartons called "Shake, Shake". They fashion cups out of old plastic bottles and, voila, the party is on. The empty carton on the ground to my friend's left is the original container. In his hand is a self-made goblet. 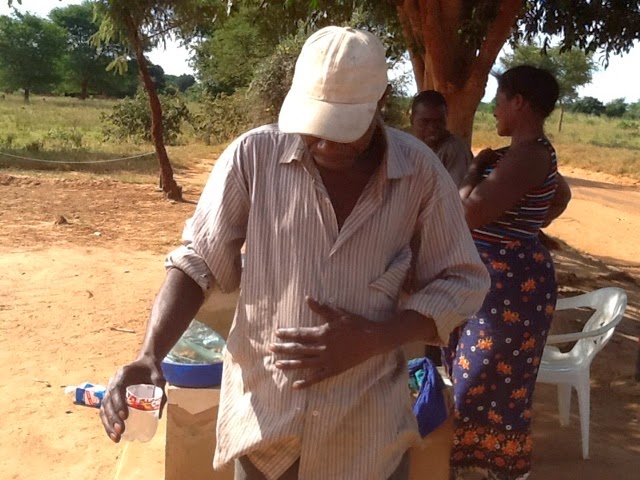 Though men outnumber women in these social scenes, there was a local lady who joined in the festivities. She had a lively sense of humour and it was refreshing to have females in the conversation rather than in the background doing all the work. Hmmm. Wonder where else that happens. 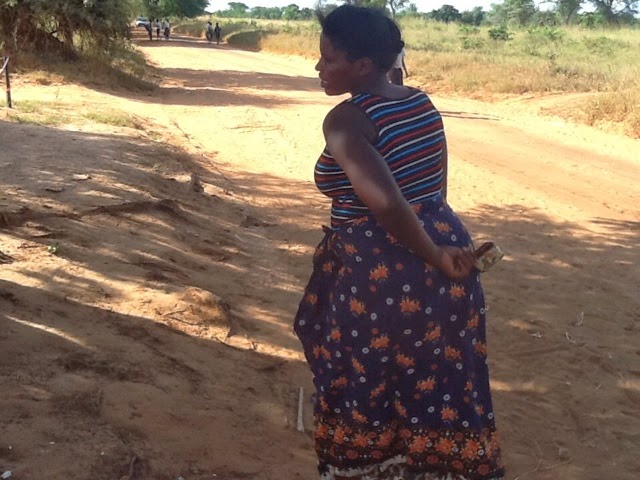