We have seen  many public servants on the roadsides cutting the tall grass. The tool of the trade is the aforementioned machete. Many young men, sometimes clad in fluorescent government issue uniforms, ride to work on bikes. One such fellow allowed me to photograph his accoutrement. 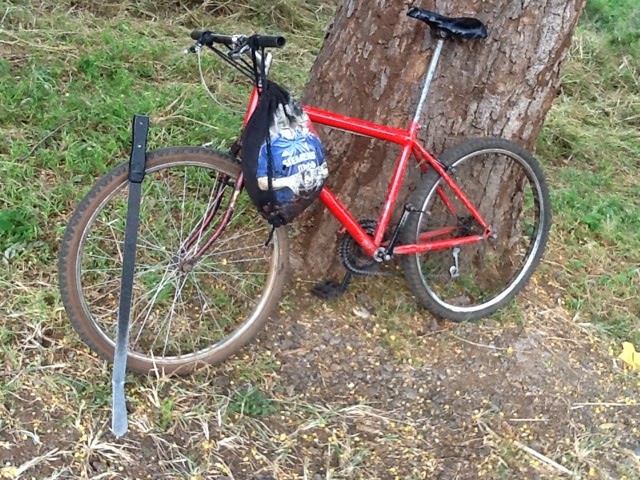 And here is a grass cutter at work. 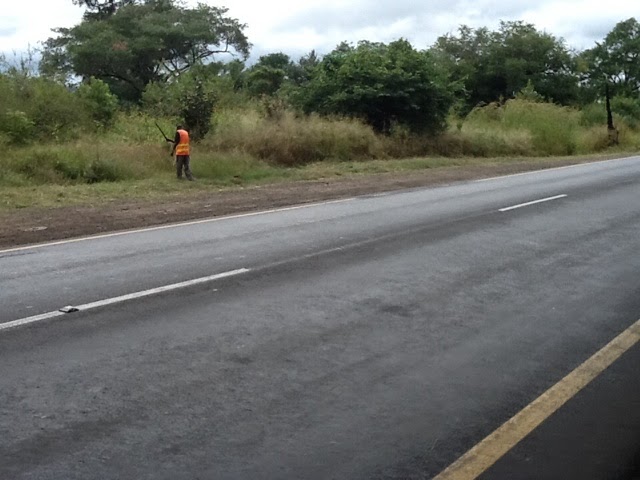 As in the western world, good sustainable jobs are in short supply. It seems as though the government here can make work for many youth who would otherwise be unemployed. We are told that these jobs are hard to get because one must know someone in the government in order to be considered for hiring.
Livingstone is a town dominated by tourism. Witness the museum bearing the name of the Scottish doctor who explored these parts a long time ago. Notice the baobab tree behind the statue. 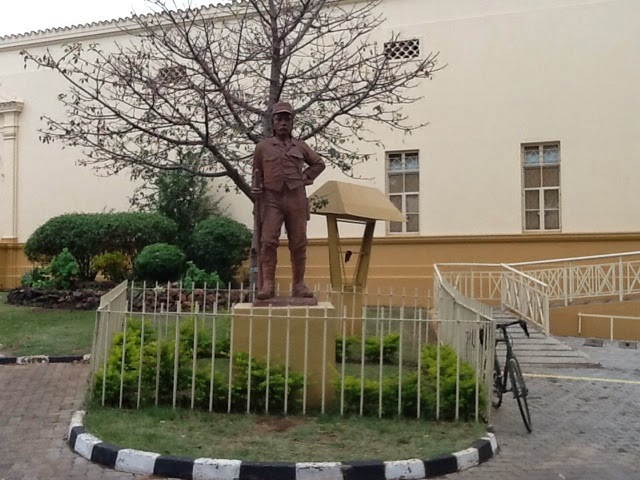 Even today, the influence of John Cleese can be seen on the Main Street of Livingstone. 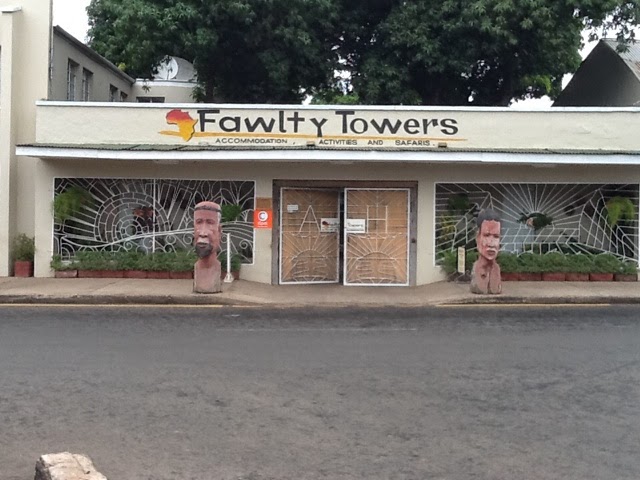 The community caters to a lot of foreigners so the municipal authorities discourage the nuisance of beggars. This sign is indicative of the policy (and the poor writing skills of the sign maker). 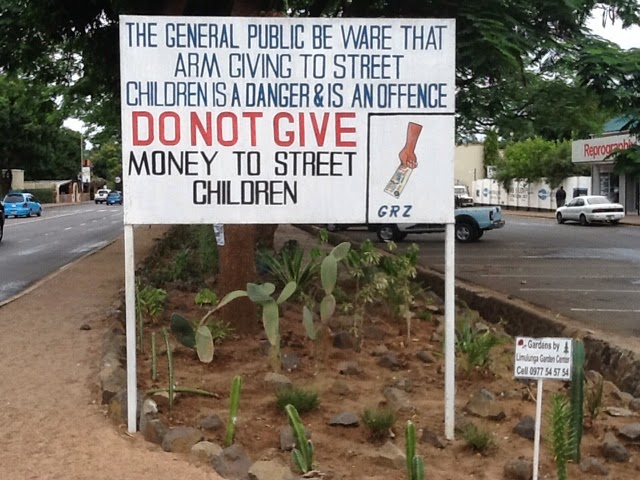