This morning's lesson was facilitated by the deputy teacher, Ms. Phiri, who allowed me to present the mandate of the Tour D' Afrique to a group of sixty or so Zambian children who live in the villages south and east of Livingstone. I brought this device as a prop to show them the map of Africa and explain this year's version. Eventually, the blackboard became my easel and I fashioned a facsimile of the route with related ideas. 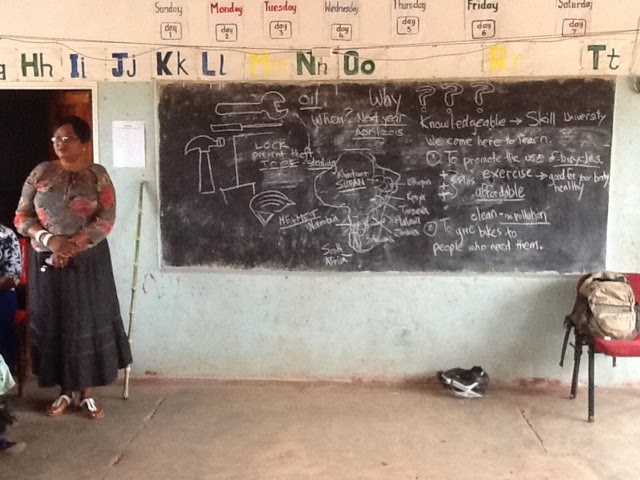 There were a few pregnant pauses. I resorted to the Socratic method and tried to elicit responses from the group. Much to my delight, a few keeners raised their hands respectfully and offered correct answers. Most of the students stared and listened. It is anyone's guess how much "learning" there was. 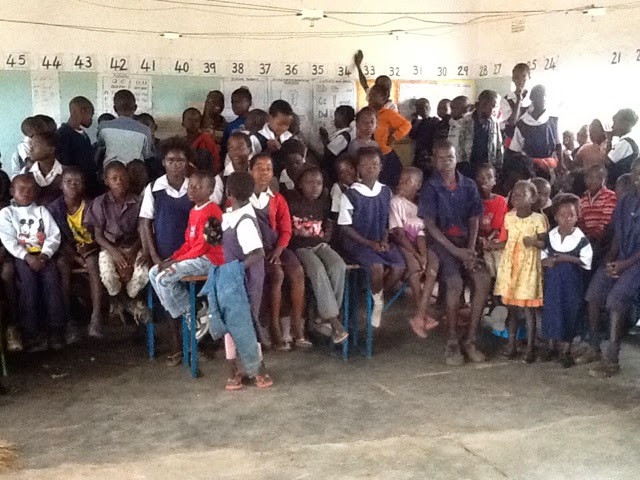 I feel for these young souls for there is great potential and yet such meagre resources. It is obvious that the school needs more rooms, desks, pens, pencils, paper, books,...water and electricity. Thinking about the plight of the educators here made my head spin. How does one begin to address the requirements of the curriculum? The objectives include literacy, numeracy, socialization, discipline. And my impression is that the tiny minority of kids who attend private schools have exceptional facilities in contrast to the brick boxes that house these pupils. 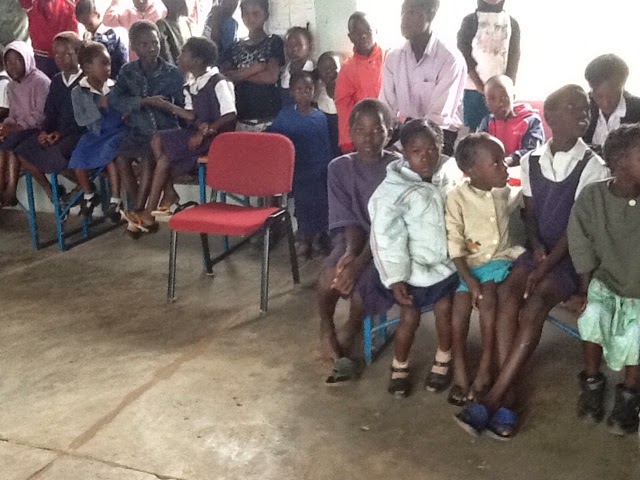 Suffice to say that the sacred public trusts of health care and education are not equitably distributed. One Zambian said that the ministers and politicians should be compelled to access government hospitals and schools rather than perpetuate the gap by using elite institutions. However, that is not the way it works.
There are no simple solutions to this inequality phenomenon. It will take visionary Mandela-esque leadership for some African nations to deliver creditable services to the majority of ordinary citizens. Although the inequality exists in our world, the disparity here is stark and dispiriting.
Posted by Unknown at 9:52 AM