The Good, the Bad and the Ugly

We are now in Axum. Three days from Gondar over a combination of paved and dirt roads in very hilly countryside. From the Goha hotel we descended and then, a few kilometres down into a valley, we began a steady ascent. The road meandered up through switchbacks to a series of villages. 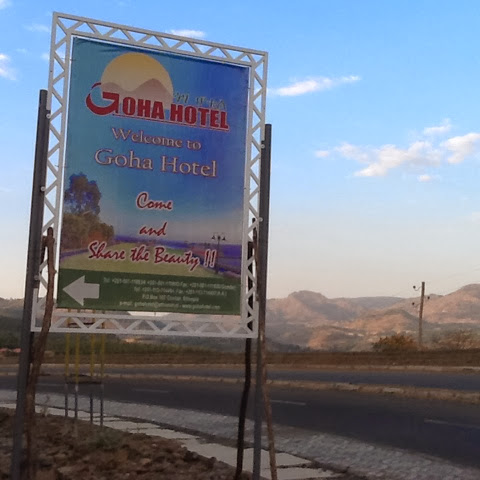 The good along this course is the open reception of the vast majority of Ethiopians who come to the roadside to wave at us or greet us "ferengi" (foreigners) and the stunning beauty of the land. The bad is the stone throwing by a tiny minority of children, aged 3-10 years old, who hurl projectiles at you or your bike. Several riders, myself included, were hit by stones. Fortunately, no one was injured. Bruised egos and indignant reactions to this inexplicable hostility is the fallout from this annoying activity. The ugly is the perception, again among a few Ethiopians, that every westerner is a font of money. If one does not comply with the request for cash, you become a target. Sadly, one rider has his bag stolen at lunch. In it, was his wallet, an IPod, a camera, and a photocopy of his passport. Again, the good far outweighs the other elements.
Posted by Unknown at 4:44 AM