Had it not been for my childhood friend, Brian Hoeniger, I would not be here. Brian has worked for the Tour D'Afrique since 2008. He and his wife Lorrie first worked in Africa with an organization called Canadian Physicians for Aid and Relief in the 1980s. CPAR's director, Henry Gold, had hired Lorrie as a nurse for a project in Ethiopia and Brian had complementary skills. Several years later, Henry again hired Brian to do book-keeping and administrative tasks for TDA. Brian put the seed of riding Africa in my mind years ago and I slowly mustered the gumption to give it a go. 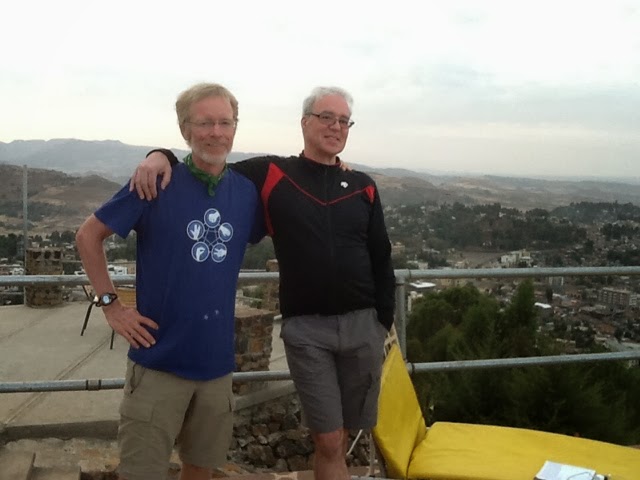 When we climbed up to Gondar to complete the first section of the TDA, Brian was at the Goha Hotel where we have an option of camping or rooming. He has worked throughout Africa and considers Ethiopia his favourite country on earth. He will join us for the Gondar to Addis section of the tour which is novel due to the re-routing of the TDA. If you are interested in the biblical sites along the path, look up Axum and Lalibela. There are ancient churches en route and the rich Orthodox Church tradition remains in these towns. Below is the World Heritage site of Fasiledes castle here in Gondar. 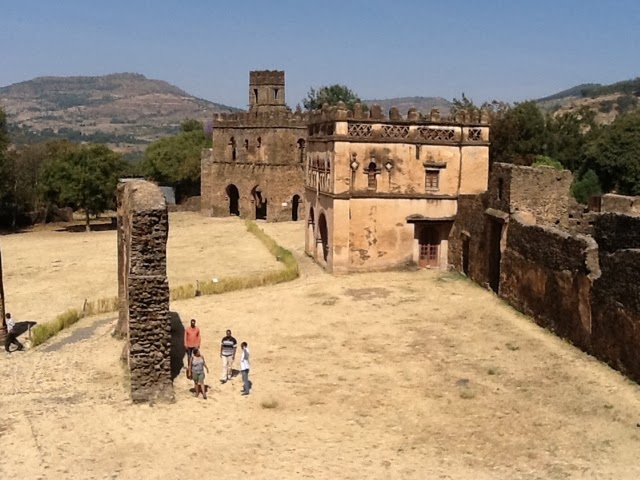