Rolling to the Cape

The final stage, the 95th day of the tour, was drawn up on the chalkboard. A mere 90 kilometres is a comfortable distance by TDA standards. There was overnight drizzle and our camp was chilly in the morning as we left Malmesbury. Again, a novel route was selected by Sharita, a former tour leader who lives in Cape Town. The directions had some subtle diversions. 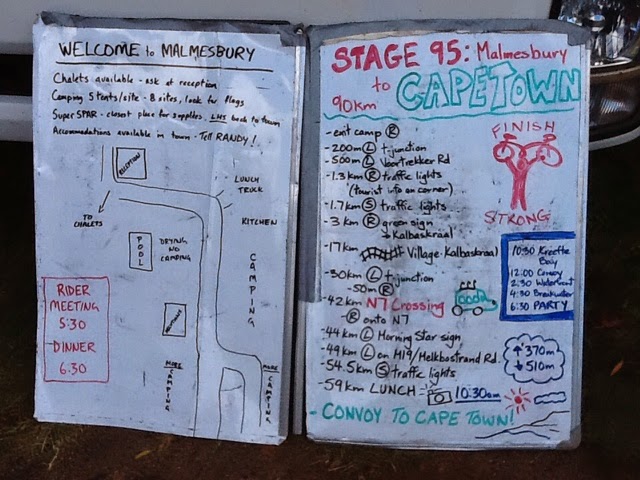 One of our sectional riders, Dag, from Tromsø in northern Norway, used his trademark fat tires for the ride into Cape Town. He had to be creative with his inner tubes as he has suffered puncture after puncture. An engineer, he found patch material to allow for inflation. Success. 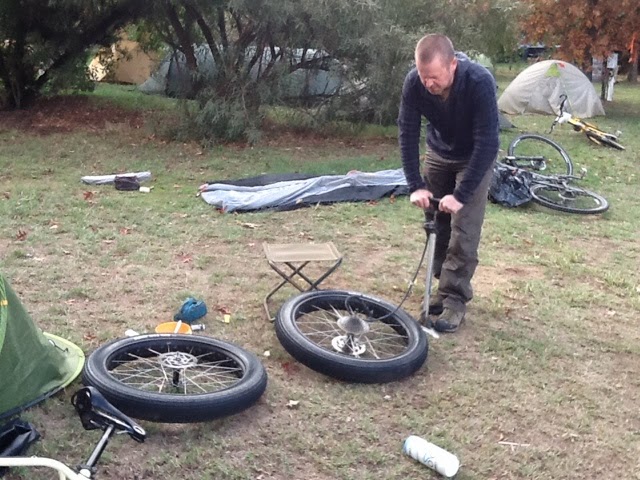 As we left town, the pastures appeared with sheep and cattle feasting on the grass. The road had rollers all the way to a height of land whence one could see the picturesque city of Cape Town. Cycling through archways of gum trees, we passed equestrian centres, vineyards and a moto-cross track. After traversing the major N7 highway that runs north to Namibia, we set out for the ocean. Clouds descended by lunch and yet the sight of the Atlantic lifted our spirits. At long last, the end was nigh. During my photo op, our well-respected driver and jack of all trades, Noah, mugged in the background. 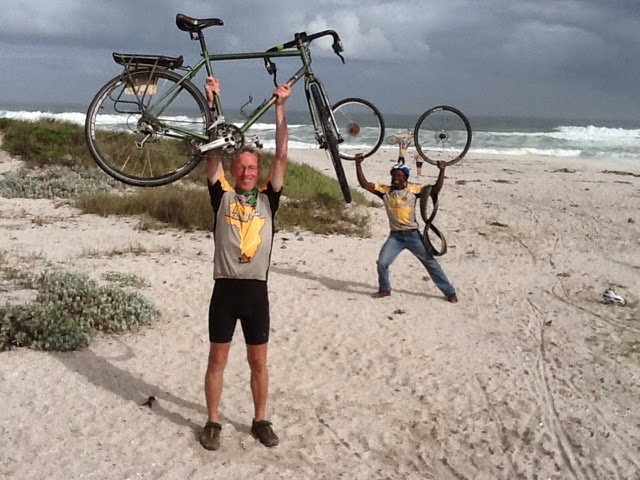 Exhausted and exhilarated, we will all sleep very well in a cozy hotel bed at the breakwater lodge, a former prison by the waterfront.
Posted by Unknown at 3:24 PM