Some might claim that the Western Cape is the most efficiently run jurisdiction in this country. The state is administered by Helen Zille, a Caucasian lady who represents the Democratic Alliance. Formerly a journalist who wrote a vital piece about Biko for the Daily Rand in the mid-1980s, Zille was also mayor of Cape Town until her move to provincial Parliament. Crime is down here, especially in contrast to the notorious mean streets of Johannesburg. The economy, although not booming, is stable and many foreigners invest here due to its exceptional quality of life. 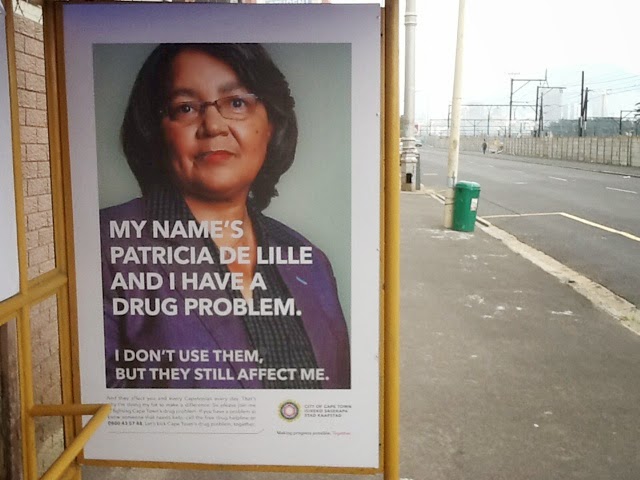 The mayor is now another female named Patricia De Lille. Symptomatic of the concern with drug use, her image is seen here in a bus shelter. The anti-drug campaign features public figures who acknowledge the problem and support initiatives to combat the scourge of substance abuse. Tik is the term Cape folks use for crystal methamphetamine and it has devastated some people here. It is refreshing to see politicians being honest about social issues.
Corruption among public officials has been a constant. Of course, scandals of this nature exist in every nation on the planet. The difference in Africa is the direct recognition of bribes, graft and shady deals. Whether or not government anti-corruption bodies are effective, the existence thereof indicates an admission of dirty practise. 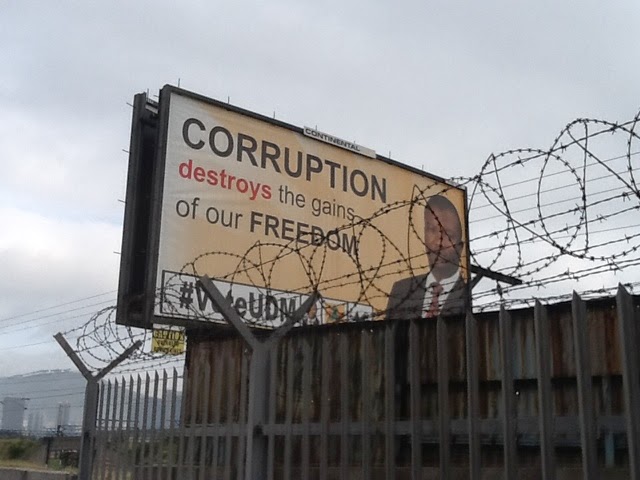 Health care is delivered through both public and private establishments. On my way to town, the phenomenon of young doctor burnout was publicized in the local media. Again, this reality may be true in western countries as the demands placed upon interns and residents may put their own health at risk. 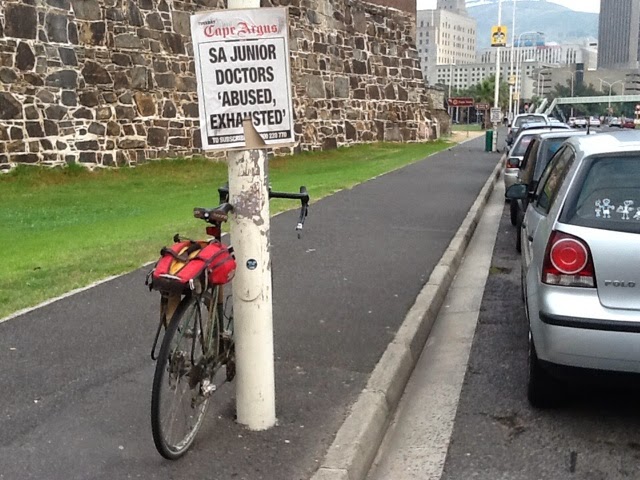